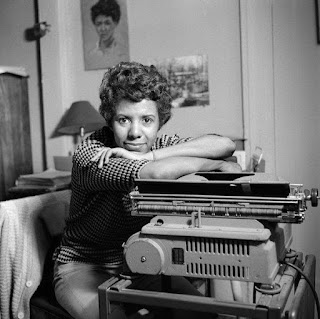 The Baton Foundation, Inc., in partnership with the Auburn Avenue Research Library on African American Culture and History, will host a film screening about the life and work of playwright Lorraine Hansberry. This program is free and open to the public.

When Lorraine Hansberry’s now classic A Raisin in the Sun premiered on Broadway in 1959 (the first play by a Black woman to do so), actress Ruby Dee recalls marveling how it “opened a new chapter in theater, that included Black people.” While most may know the widely studied and performed A Raisin in the Sun as their only reference point for Hansberry, the documentary Lorraine Hansberry: Sighted Eyes/Feeling Heart makes abundantly clear that there is much more to know about her. The film draws attention to some of the most outstanding issues of the mid-Twentieth Century and beyond (racial injustice, colonialism, feminism, class divisions, sexuality) and addresses the role of artists and intellectuals in bringing them to center stage. Read more and reserve seats at https://thebatonfoundation.org/events/lorraine-hansberry-sighted-eyes-feeling-heart/.